“Hello old friend, it’s been a while” is the opening of Hattie Whitehead’s new EP Old Soul. It’s been three years since the Richmond-born singer songwriter released her debut EP Home, which led to radio play on the BBC and Amazing Radio, and a sell-out gig at St Pancras Old Church in London. Since, she has performed at a raft of festivals such as Latitude, Secret Garden Party, Wilderness, Field Day and Cambridge Folk Festival, supported the likes of Beth Rowley, and won the third prize in Glastonbury’s Emerging Talent Competition.

Her family’s diverse favourite artists, from Paul Simon to Miles Davis provided a solid musical grounding and significantly shaped Hattie’s melodic and heartfelt style. Her jazz inflections have drawn comparisons to some of the musical greats she grew up listening to – Joni Mitchell, Nick Drake, John Martyn and Jeff Buckley. Her love of modern alternative, folk and indie bands has further developed a style comparable to current artists such as Bon Iver, Laura Marling, Jose Gonzalez and The Staves. What they all have in common are melody, emotion and soulfulness.

Hattie’s new EP of glorious heartfelt folk-pop is worth the wait, brimming with lilting melodies that are always enthralling and never predictable, and vocals that are distinguished by their soulfulness and crystal clear purity. Tackling themes of grief, friendship, relationships, and the processing of difficult emotions, the music of Old Soul sees her matured since the release of Home. 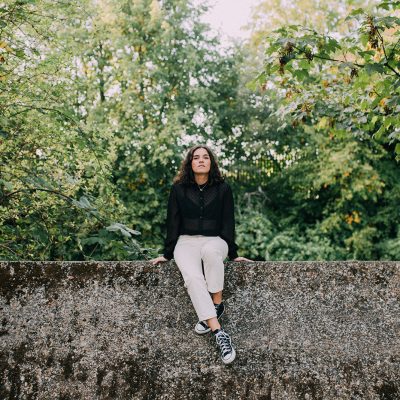