Hollie is a writer based between Glasgow and Cambridge.

She has published three poetry collections: Papers, Cherry Pie, Plum; one play, Offside; and two poetic memoirs, Slug and Nobody Told Me.

She is a recipient of the Ted Hughes Award for New Work in Poetry and was the first poet to record at Abbey Road Studios.

Hollie’s poems have been translated into French, German, Spanish, Hungarian, Polish and Japanese and she has performed them worldwide alongside the likes of Irvine Welsh, former EartH headliner Kae Tempest, Jackie Kay, Helen Pankhurst and Young Fathers. Her re-translation of Sophocles’ ‘Antigone’ is to be published in October 2021.

As well as live readings, Hollie is a big fan of online accessibility – her poetry videos have attracted millions of viewings worldwide. 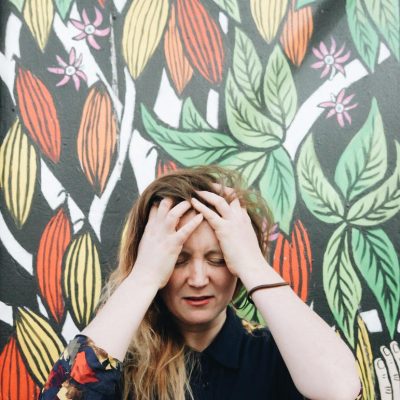