Hot Chip’s position as the thinking person’s party band is now firmly and magnificently set in stone, as is the group’s ability to mix the highest strobe-lit euphoria with the most reflective kind of headphones melancholy. In a career that has already produced seven albums, an infinite number of mixes and borderline devotional live performances, Hot Chip have claimed the salvation of the sweet spot of the dancefloor as their own.

With their witty, affecting songwriting and the immediately recognizable vocals of Alexis Taylor and Joe Goddard, Hot Chip combine indie and dance in innovative ways. On early albums such as 2006’s Mercury Prize-nominated The Warning, the band evoked the cleverness of Talking Heads and the poignancy of the Pet Shop Boys. As time went on, Hot Chip’s music broadened and deepened, encompassing the tender musings on commitment of 2010’s One Life Stand as well as the anything-goes genre mashups of 2015’s Why Make Sense?

For their next album, the band drew on experiences ranging from parenthood to working with Katy Perry on her 2017 album Witness. For the first time, Hot Chip worked with outside producers, enlisting Philippe Zdar and Rodaidh McDonald to help hone their songs. The results were A Bath Full of Ecstasy, which Domino released in June 2019. The album reached number 11 on the U.K. Albums Chart and number 12 on the Billboard Top Dance/Electronic Albums Chart.

Listen to their latest release, single ‘Straight To The Morning’ featuring Jarvis Cocker: 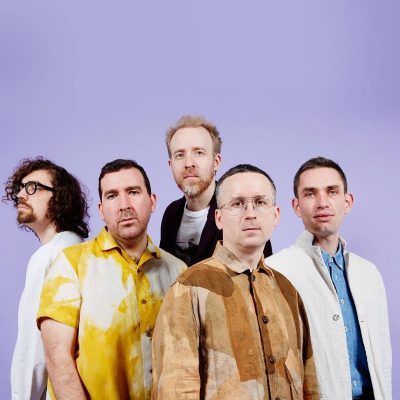