DJ ‘JAZZHEADCHRONIC’ MICKEY SMITH has been successfully DJ hosting and promoting his own progressive – eclectic, funk, soul and jazz fused globalistic events for over 30 years. Starting in 1991 in South East Asia where he is still known as The Godfather of The Hong Kong Underground scene. Smith has run numerous successful clubs and concerts in unique venues for over 6 years in the early to mid ’90s with the likes of Gil Scott-heron, Lee Scratch Perry, Lonnie Liston Smith, The James Taylor Quartet, + More.

Jazzheadchronic returned to the UK in 1997 after starting a flourishing underground music community in Hong Kong, where they began numerous now legendary sessions across London. Including the 40+ Artists weekly Armaghetto Eclectic Live + Spoken Word Variety show at Brixton’s Fridge and Clash at The Scala and Brixton’s Mass.

After taking a couple of years out to set up a new Creative Arts Humanitarian Company The Chronic Love Foundation [CLF] and form tour Live Duo “The Culture Chronics” alongside Drum FMs Marque Gilmore. A chance meeting with Peckham Vision Campaigner Eileen Conn in 2003 led to Mickey and The CLF joining Peckham Vision to save a huge warehouse that was set for demolition. In order to save the building Mickey set up The CLF Art Cafe and started promoting and hosting numerous arts, music and theatre events – which would eventually lead to it becoming one of London’s leading centres of The Creative Arts.

Renowned for his positively aggressive and highly charged eclectic good time sets of soul, funk, groove, motown, disco, latin and or future sets of broken to afro beat, jungle to drum & bass + hip hop. Whenever or wherever Jazzheadchronic Mickey Smith plays, the dance floor blows up and the crowd always feel it. 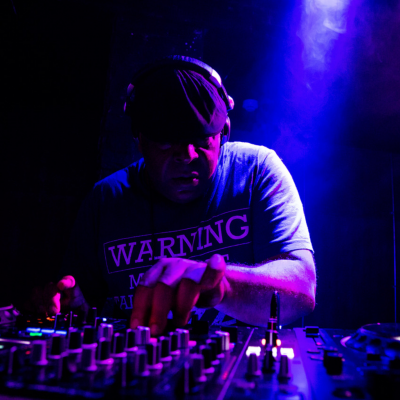