Jenny Hval has in recent years made a name for herself as a recording artist and writer both in her native Norway and abroad. Multidisciplinary and transgressive are words often employed to describe her art, but Jenny Hval’s polyphonic artistry is in fact seamlessly interwoven between musical, literary, visual, and performative modes of expression. Her artistic voice is altogether present, accessible, and obscurely complex at the same time. With her music and writing, Jenny Hval brings a questioning, passionate, and frequently witty perspective to art, feminism, and sexuality. In much the same way that she contrasts her delicate vocals and provocative statements, her mercurial combinations of folk, jazz, spoken word, and electronic music are equally unconventional and approachable.

Growing up in Oslo, Norway, Hvalbegan playing keyboard, she was inspired by Kate Bush, Jimmy Somerville, and the ambitious, androgynous feel of ’80s pop. During her teens, she was also a member of the goth band Shellyz Raven; after moving to Australia to study creative writing at the University of Melbourne, she played with the groups iPanic and Folding for Air, recording her own material on a three-track recorder. She later returned to Norway and released her 2006 debut EP, Cigars, which was nominated in the Best Newcomer category for the Spellemannprisen awards that year.

Hval’s early album “Innocence Is Kinky“, paired dreamlike sensuality with a resolutely independent viewpoint. As her music grew more conceptually dense, she broadened her sound. In 2015 “Apocalypse Girl”, surrounded her complex meditations with floaty, wide-open interpretations of dance-pop, while 2017’s “Blood Bitch” touched on synth-pop, metal, and horror soundtracks. Hval is an avid collaborator, and 2012’s “Nude on Sand” with Håvard Volden and Meshes of Voice with Susanna Wallumrød are just as vital to her body of work as are her solo albums. She began making music under the name Rockettothesky that year, releasing “To Sing You Apple Trees” and two years later, Medea, arrived. In 2009, she published the novel Perlebryggeriet (The Pearl Brewery).”Viscera“, her first album under her birth name, was released in 2011. The following year, her largely acoustic collaboration with Håvard Volden, Nude on Sand, released its self-titled debut album. She has worked on a number of collaborations, sound pieces, compositions, productions, and performances. 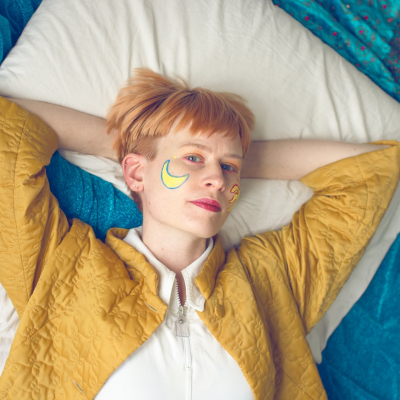