Long established as one of the UK’s best comics, Jo Brand has numerous TV appearances, acting and writing credits to her name.

Jo was the star and writer of Getting On, the BBC’s BAFTA award winning series set on a hospital’s geriatric ward, which was partly inspired by her earlier career in nursing. She also co-wrote and starred two series of the sitcom Damned for Channel 4, which is about social workers.

Jo’s other television credits also includes Jo Brand’s Hot Potatoes (BBC One) and the award-winning Through the Cakehole (Channel 4). Not to mention appearances on Nevermind The Buzzcocks, Live At The Apollo, QI, 8 Out of 10 Cats, 8 Out of 10 Cats Does Countdown, Have I Got News For You and Would I Lie To You.

In an effort to raise money for Sport Relief, Jo recently took to the road with Jo Brand’s Hell of a Walk where she walked an incredible 135 miles across the country in seven days.

Jo has also written several highly acclaimed best-selling books: comedy histories A Load Of Old Balls and A Load Of Old Ball Crunchers, and novels It’s Different For Girls, Sorting Out Billy and The More You Ignore Me (all for Headline Review). Her autobiography, Look Back In Hunger, was followed by a second about live performance called I Can’t Stand Up For Sitting Down. Her novel, The More You Ignore Me, has been made into a feature film starring Sheridan Smith. 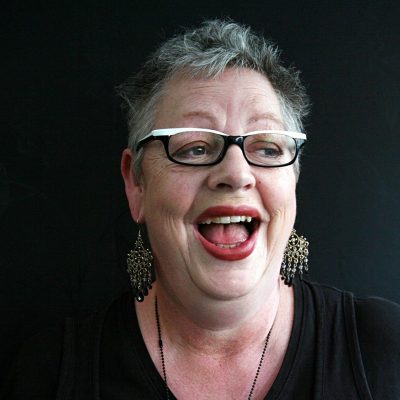