The buildings of the remarkable Scottish architect Kate Macintosh, are enduring highlights of the heyday of British public architecture. From a young age, Macintosh built world-class council homes which are still much-loved by their residents today. For many, her architecture, and that of her peers embodies a more caring moment of British history, one in which decent housing and civic facilities were understood as every citizen’s right.

Edinburgh-born Macintosh is best known for her 1960s social housing projects, the first of which she designed at the remarkably young age of 26. After graduating from the Edinburgh School of Art in 1961, Macintosh spent three years working and studying in Warsaw, Stockholm, Copenhagen and Helsinki before returning to the UK where she commenced work under Denys Lasdun on designs for the National Theatre in London. In 1965 Macintosh began work for the Southwark architecture department, where she designed the distinctive Dawson’s Heights estate in Dulwich. She is also the architect of the Grade II listed Macintosh Court on Leigham Court Road which was renamed in her honour. She later worked at East Sussex County Archts from 1974-86 and in Hampshire C, Archts 1986-’95 realised across Southwark, Lambeth, Sussex and Hampshire C, Archts 1986-’95 and later in partnership with Finch Macintosh Architects

Now no longer practicing as a designer, Macintosh is a tireless and tenacious housing campaigner. Her passion and clarity in dissecting the UK housing crisis is second to none, and her analysis of the political and economic forces that shape the built environment today challenges the roots of the British housing sector. Always driven by deep respect and compassion for the communities which she has served all her life, Macintosh throws herself into campaigns with an energy few in the architecture world muster. In her lectures and writing, she has expanded the nation’s understanding of how we came to face the gravest housing crisis since WWII, inspiring a new generation of young architects to place the design of housing for ordinary citizens at the heart of their work and studies. 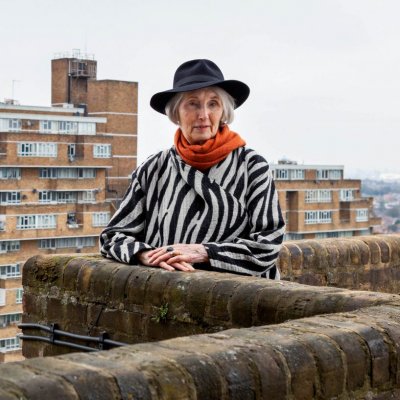