Hailing from Gloucestershire, England, Pearson was originally part of the indie pop duo Ardyn alongside her brother, Rob Pearson. They were signed to London label National Anthem, which put pressure on the siblings to write hit songs; the creative tension soon came to a head, with the label dropping them in the process.

“If I’d just had it easy, I probably wouldn’t be doing this now” – Katy J Pearson

During this time the siblings had been covertly writing songs that they enjoyed, leading to Katy stepping up as a solo artist, with Rob acting as her co-writer. Things started to gel for Pearson after relocating to the Bristol music scene, where she continued to write and try out material. She eventually signed with Heavenly Recordings, which gave her more creative freedom, culminating in the full-length debut Return in 2020.

Combining an incredibly unique voice with a penchant for timeless melody, Pearson – recently on tour with Cass McCombs and forthcoming dates accompanying BC Camplight & The Magic Gang – pens tracks that only could have come from her years growing up in the rolling hills of the West Country. 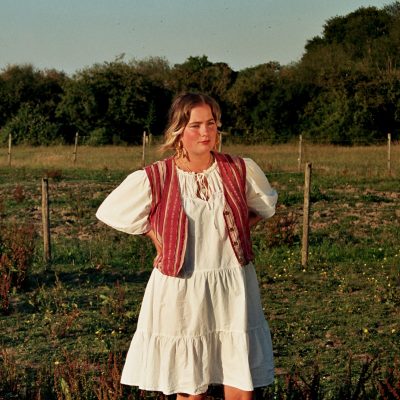