King Midas Sound is comprised of Kevin Martin (also known for his work under The Bug moniker), singer/poet Roger Robinson, and vocalist Kiki Hitomi. Their landmark 2009 debut Waiting For You on Hyperdub quickly established them as falling sonically, somewhere between sub-electronic lovers rock, dub and the bleakest, slowest mutation of narco hip hop, while on the live front they were nestled somewhere between the apocalypse and fx drenched, shoegaze laments. In both arenas they are known as a brooding sonic force. 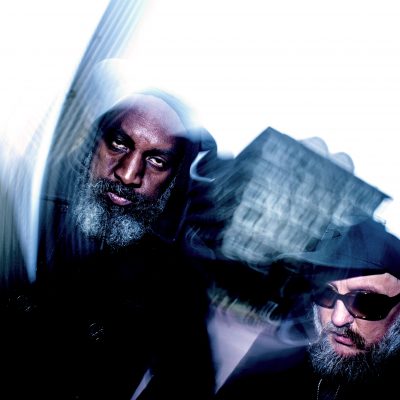