Welsh Comedian Kiri Pritchard-Mclean is a double Chortle Award winning stand up comedian, writer and satirist. Recent television appearances include Have I Got News For You, The Russell Howard Hour (which she writes on) and Stand Up Central. Kiri hosted both Stand Up at BBC Wales and Wales at the Edinburgh Fringe for the BBC where she introduces a throng of the most exciting comics in the UK. She will be in upcoming episodes of Hypothetical, Roast Battle and the Comedy Central Specials in 2019.

A regular on BBC radio, Kiri has appeared many times on The Now Show and the News Quiz. She often co-hosts on Rhod Gilbert’s radio show and guest hosted Newsjack Extra. Kiri is a writing/ directing member of Foster’s Comedy Award nominated sketch group Gein’s Family Giftshop who have a third installment of their radio series in the pipeline.

A regular on the live circuit, Kiri took her recent show Victim, Complex to Edinburgh recently where it was a sell out smash hit. In one of her many 5 star reviews, the Independent described her as ‘very funny and incisive, creating a few-holds-barred sense of big night out entertainment.’ Kiri will tour the show around the UK and is extending her London run at the Soho Theatre due to extraordinary demand.

Kiri is a co-creator and co-host of both the All Killa No Filla podcast and the live juggernaut Amusical. All Killa No Filla is a podcast about serial killers that has a gigantic following worldwide. Co hosted with Rachel Fairburn, the podcast’s live adaptation sold out The Leicester Square Theatre in minutes and toured the United States. Amusical is a phenomena that started in Backyard Comedy Comedy and has run monthly for just over a year. Comedians sing their favourite songs from the musicals, hosted by Kiri with Jayde Adams and house band Dave and the Quavers. In the short time since it’s conception it has sold out the Pleasance Grand in Edinburgh twice and been made into a pilot with Burning Bright for Comedy Central.

Kiri is fast becoming one of the most in demand comics in the UK. 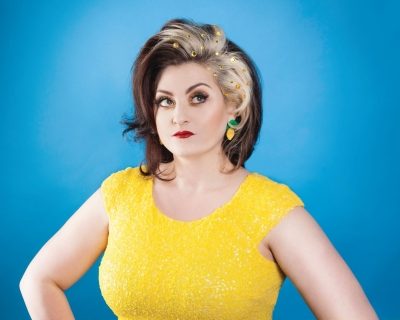