Lancey began his music career in 2015 by freestyling over YouTube beats from his bedroom which eventually led to him accidentally finding his way to a studio through a friend. In the same year, he released his debut studio album Pink. Two weeks later, he dropped local breakthrough hit “About It”. After a few performances (such as the memorable SBTV cookout), and multiple solo and collaborative singles released on SoundCloud, he released his sophomore studio album TEEN SKUM in late 2015. After two years of releasing more SoundCloud singles, he released a collaborative studio album with English producer Nyge titled First Day at Nursery. By early 2018, Lancey raised his profile and found a more distinctive sound with Too Far Alive. He released Pink II, the sequel to his debut album, three months later, which showcased a feature from Grime legend Skepta on “Dyed 2WICE”. He soon joined Skepta’s SK LEVEL Europe tour. After catching more attention, he performed at US hip-hop festival Rolling Loud in 2019 and modeled for Jordan and A-COLD-WALL*, MISBHV, Trapstar, and Naomi Campbell’s 2019 Fashion for Relief Gala, among other brands. He released his most popular project, Friend or Foux, on 6 December 2019, which allowed him to sell out his first headline show at O2 Islington, two days later.

In the eventful year of 2020, months after releasing his most successful project to date Friend or Foux he started the year off collaborating with producer TM88 and local Juvie on “K-POP”.

Sometime later in June, Lancey went onto release a pair of impactful singles that addressed current events and supported the Black Lives Matter movement. “TIME FOR WAR !I” and “RELAX !I”. It wasn’t until later on that year in September Lancey would find himself being along side his muse Leomie on the front cover of Wonderland’s Autumn 2020 issue.

On March 12, 2021, Lancey released his mixtape “First Degree” including the heavy hitting song “WHAT U WANT featuring Skepta. 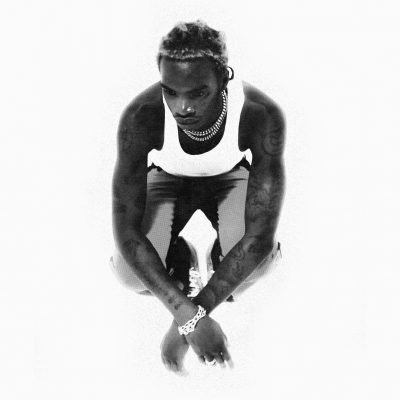