Emerging from North London, Laville has recently released his debut album The Wanderer and supported John Legend at The O2 Arena. Whilst influenced via a creative cornucopia as he moved through his teens, more recently has seen this talented vocalist weave his own path with assistance from an array of friends and mutual musical acquaintances.

His teenage years followed a familiar journey through joy and trauma that saw him singing and DJ-ing locally, before a University place beckoned and briefly curtailed his musical ambitions. Employed in a series of jobs, from Michelin starred restaurants, leading front-of-house to help running various musical venues in London Laville has maintained a relentless work ethic, one that has since led back to his first love.

The Wanderer is driven by a certain spirit – it’s almost as if after waiting so long Laville refuses to let this chance pass him by, bringing his intense sense of focus to the fore. A bold voice that adds something distinctly new to the tapestry of soul, Laville’s talent is too strong to remain a secret forever 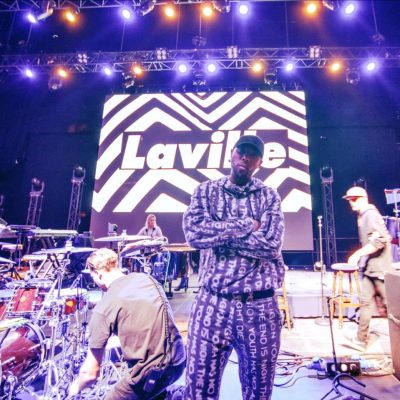