LA-based singer songwriter, producer and multi instrumentalist co-founded the alt pop/electro funk band Knower in 2009 and the band bagged a spot at a special Quincy Jones presents… series of gigs for up and coming bands in LA.

“I guess he thought our music was cool so he had us come over and we played some arrangements of ‘PYT’ and ‘Bad’ in his living room,” recalls Louis. “I guess it was kinda like an audition. I was there with my midi keyboard and he was eating guacamole and rocking out… there were literally three people in the room, it was totally surreal.”

The Chili Peppers expressed their admiration on their recent world tour where Louis found himself playing support slots in Mexico City and across Europe, due to Anthony Kiedis’ love for his track ‘Bank Account’, which was a game changer for Louis. He uploaded a split screen video of him performing the song, sporting a customised McDonald’s uniform shirt, to his YouTube channel in April 2017.

Cole, whose main instrument is the drums, has a background in jazz – although the music he writes bears little resemblance to jazz in any pure or classical sense. Growing up he obsessed over drummers Tony Williams, Jack DeJohnette, Nate Wood and Keith Carlock, but says he also draws inspiration from movies such as 2001 A Space Odyssey and Tron. His studio set-up is modest (computer, mic, midi keyboard) and he writes and records at home – there are drums in the garage and a piano in the living room. “So far I really suck at being in a real studio,” he says. “There are too many possibilities and it freaks me out.”

Proudly DIY to date, Louis has built up an ardent fanbase for his own solo output and that of Knower who zig zag across the globe on tour. However in 2009 he met Dennis Hamm – keys maestro in Thundercat’s live band – who introduced Louis to Thundercat and Flying Lotus. “Dennis bridged the gap… he was the link. In fact, Flying Lotus asked Dennis if I would want to release something on Brainfeeder before he even asked me.”

Louis’s new album features his friend Thundercat (with whom he worked on Drunk co-writing ‘Bus In The Streets’ and ‘Jameel’s Space Ride’) who returns the favour, contributing lead vocals on ‘Tunnels In The Air’. Genevieve Artadi, and acclaimed jazz pianist / experimental composer Brad Mehldau, also pop up on ‘When You’re Ugly’ and ‘Real Life’ respectively. ‘Last Time You Went Away’ features a 23-piece string orchestra – the Rochester Stringz from Eastman School of Music.

Time is Cole’s third album – a casual but addictive blend of quickfire, hook-laden electro-funk bullets and wistful, soft-focus balladry – and it’s compelling. “A lot of it is little thoughts, that I made into big songs… blasts of inspiration that I was lucky enough to receive,” he explains. “But it all comes back to my mission to create deep feelings through music.” 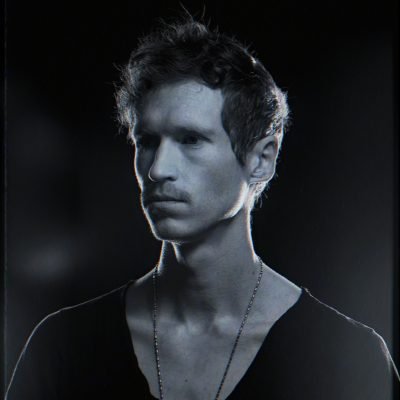