London born & raised, ancestrally from Dominica, France & UK but globally-collaborating & trotting psychedelic alternative Hip Hop/Jazz producer & rapper Louis VI is becoming known for being a nature geek & Climate Activism, as much as his uniquely diverse & exciting music which reflects all of the experimental intricacies of Jazz & Hip Hop.

Following his debut critically acclaimed album ‘SUGAR LIKE SALT’ (with support from Jamz Supernova, Gilles Peterson, Complex, Nightmares On Wax, Dazed, BBC, Line of Best Fit & more…) Louis did a string of sold out headline shows, joined Chicago rapper SABA on tour, Boiler Room, BBC Live at Maida Vale with Moses Boyd. As someone that does it all as a producer, rapper, vocalist & instrumentalist + his background in Jazz, (having grown up working with almost all of London’s top new Jazz scene names) to rhythmically influence his Hip Hop production he’s be able to craft his own uniquely Louis sound. A warm, London gritty but Jazzy soulful bed for his highly poetic, thought-provoking, honest & technically impressive verses as a rapper & singer. He has amassed a loyal & rapidly growing fan base on the underground network of jazz & hip hop throughout the world of people that are tired of the monochromatic mainstream. 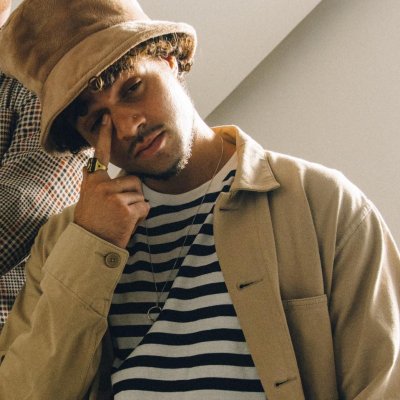