As a two-year-old Manu Delago began what would become a very musically inclined life as he sat behind his first drumkit. Four years later, he took accordion lessons and at the age of ten, he started playing the piano. As a mainly Rock influenced 14-year-old, the Austrian musician played the drums for various bands. When Manu Delago began playing the Hang (handpan) – an enchanting new sound sculpture from Switzerland – in 2003 he simultaneously discovered his passion for writing music. In the same year, his rockband HotchPotch won the Austrian Band Contestand toured around Austria, Germany, Italy and Spain. After graduating at the university Mozarteum in Innsbruck in classical percussion, he moved to London and studied jazz drums at the Guildhall School of Music & Drama and composition at Trinity College of Music.

Manu Delago’s solo piece ‚Mono Desire’ was uploaded onto Youtube in 2007 and reached more than five million hits. It was the most popular Hang video in the internet and charted in the Top30 of all music videos on Youtube. Around that time he founded his own band ‘Manu Delago Handmade’ and the duo ‘Living Room’ and released his first albums on Session Work Records and Tru Thoughts Records. His own LP’s feature various guest artists such as Erik Truffaz, Andreya Triana or Douglas Dare and won over tastemakers from BBC 6Music’s Tom Ravenscroft and Don Letts to Radio 2’s Alex Lester, Nitin Sawhney and Jamie Cullum, and was also loved by i-D, Clash and DJ Mag.

After moving to London, Manu Delago also started collaborting with various genre-leading artists. He appeared as guest on two albums of the Psy-Trance producers Shpongle and performed with them at the Roundhouse London and Ozora Festival in Hungary. In 2011 he recorded for Björk‘sBiophilia album and has since been her touring drummer, playing three world tours with the Icelandic singer. In 2013, he started performing and writing music with the sitar-player Anoushka Shankar. For his work on her album ‘Land of Gold’ Manu Delago earned a Grammy nomination. The versatile percussionist has also been a touring member of The Cinematic Orchestra and Olafur Arnalds.

As Hang player and drummer Manu Delago has performed in prestigious venues on six continents such as the Royal Albert Hall, Royal Festival Hall and Barbican in London, Carnegie Hall in New York, the Sydney Opera House or the Fuji Rock Festival in Japan.

On the album ‘Metromonk’ (2017, Tru Thoughts Records) Manu Delago focussed on electronic sound manipulation of the Handpan. The live video of the track ‘Freeze’ was filmed with 14 cameras in the Alps and got premiered by Red Bull Music. That outdoor adventure triggered the idea to a bigger and more audacious project – Parasol Peak ,an alpine sound expedition with seven musicians (One Little Indian Records). 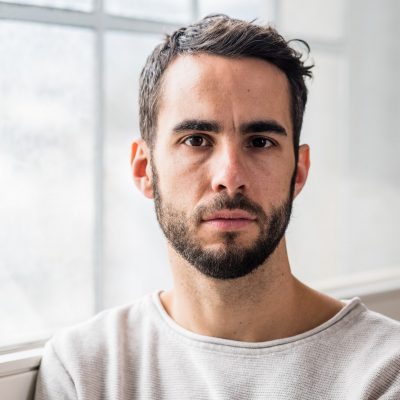