Candid and passionate, Maria McKee has had an awakening. Her new album La Vita Nuovaunpacks this, sketching out a momentous and transformative time in her life that started decades ago when she sang in her living room by the fire with her older brother: the late, great musical innovator Bryan MacLean, co-founder of the seminal LA band LOVE. Along the way she reimagined punk and country as the lead singer of pioneering Americana band Lone Justice, released a string of evocative and eclectic solo records, wrote chart topping hits and inspired the devotion of a loyal cultish fan base before seemingly disappearing…

It’s been thirteen years since her last studio album Late December which was released in 2007. During that time McKee has been working alongside her husband auteur, Jim Akin, co-producing, scoring and working as an ensemble cast member in his critically lauded independent films.

“After decades of numbing to routine, out of nowhere, a heart-breaking epiphany awoke me to a shock of grief. I was at a mid-point in life, looking at death approaching. My mother had begun her steady decline into the shadowlands of advanced dementia. I began to process not having had a child and my fanatic heart had grown fallow in a marriage that had become platonic. I was cracked wide open. I began to look back with longing at desire, tenderness, passion, my own youth, the child I never had. It was agonizing but the songs started to rush in like a flood. It was the first time that this had happened since 1995 when I wrote Life is Sweet. I must have written close to forty songs for La Vita Nuova all within a period of about six months. Writing those songs saved my life”

Though the unconscious impetus for making this album was to process the shock of one of McKee’s most prodigious personal challenges thus far, the dissolution and reinvention of her marriage, the songs are progressive and lyrically dense. The production is orchestral and operatic and takes it cues from McKee’s lexicon of icons – John Cale, Scott Walker and David Bowie.

Upon completion of the album, McKee came out as queer.

“My identity may change as my queer journey unfolds but what will not change is my advocacy and commitment to my community, my family. As a woman bereft of birth children, I have been made a mother many times over since coming out. It has given my life purpose”.

McKee has also since moved to London. The album seems to herald this move as there are nods to Sandy Denny, Kate Bush and English composers and poets McKee admires such as Ralph Vaughn Williams, Keats and Swinburne whose work she had immersed herself in while writing the album. McKee’s professed Spiritual Father, William Blake is name checked on the track ‘Right Down To The Heart Of London’, a love letter to the psychogeography of McKee’s expatriate home. 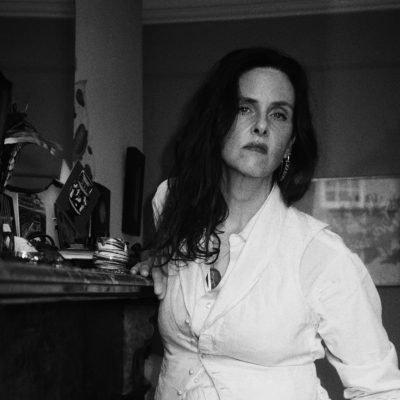