Marta Salogni is a Grammy nominated engineer, producer and mixer working from her own studio, Studio Zona, in London.

She began her career as a live sound engineer in her hometown Brescia (Italy) and moved to London in 2010, established herself as a recording engineer in studios such as RAK, Dean Street and Strongroom and shortly after started engineering for David Wrench. She worked with David on various projects including Frank Ocean, The xx, Goldfrapp, Sampha, FKA Twigs, Glass Animals and David Byrne.

Since taking on her production and mix work, some of the artists Marta has worked with include Björk, Sampha, M.I.A, Bon Iver,  Romy, Holly Herndon, Anna Meredith, Ela Minus, Dream Wife, Daniel Avery, Porridge Radio, Planningtorock, Lafawndah, Alex Cameron, Shura and The Orielles. She is involved in the London music scene, playing both composed and improvised live sets using tape machines, loops, and feedbacks. 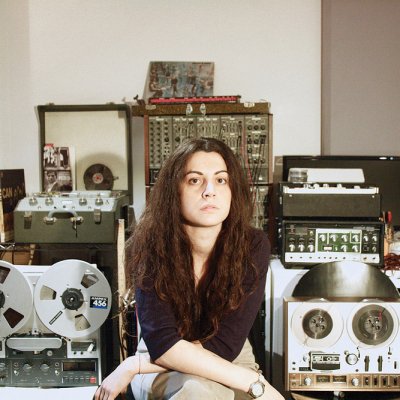