Passionate punk-pop band Martha served as a U.K. counterpart to the U.S. DIY scene of the 2010s, working in the same high-energy but emotionally vulnerable territory as contemporaries like Swearin’ and Radiator Hospital. Employing tight vocal harmonies, buzzsaw guitars, and zippy tempos, the group created a distinctively high-strung brand of pop on albums like 2016’s Blisters in the Pit of My Heart.

Martha began in the prosaically named Pity Me, a suburb of Durham in the north of England. Formed in the early 2010s by J.C. Cairns (guitar/vocals), Daniel Ellis (guitar/vocals), Naomi Griffin (bass/vocals), and Nathan Stephens-Griffin (drums/vocals), they released their self-titled debut EP in February 2012. A year later they released the “Sycamore”/”Lost Without You” single on their own Discount Horse label. All the while, they were touring and honing their sound, playing Indietracks for the first time in 2013 and building a following.

After releasing a split single with Spoonboy, Martha headed to the studio with MJ of Hookworms to record their first album. Courting Strong was released by Fortuna POP! in the U.K. and Salinas in the U.S. They followed it with split singles featuring Benny “The Jet” Rodriguez and Radiator Hospital, and more touring, including a repeat visit to Indietracks and an appearance at Glastonbury. Their next album was also recorded with MJ, and saw the band getting more polished and professional while still retaining the passion and fierceness that caught listeners’ ears in the first place. Blisters in the Pit of My Heart was issued in mid-2016 by Dirtnap in the U.S. and Fortuna POP! once again in the U.K. Martha went on to promote the effort on a tour throughout 2017 that spanned both Europe and the U.S., including performances alongside the likes of Joyce Manor and Bad Moves as well as an opening slot for American punk musician Jeff Rosenstock.

The band returned to the studio in early 2018 to write and record their third LP. At the end of the year, they announced they had signed to British label Big Scary Monsters. Their label debut and third record, Love Keeps Kicking, arrived in April 2019. 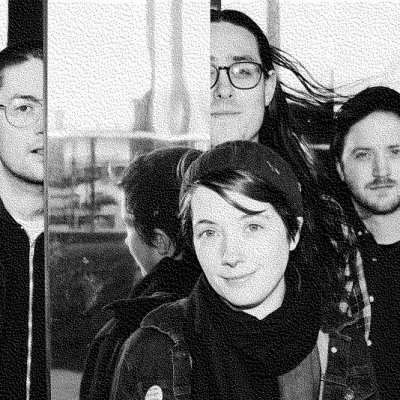