Born Micah Davis in Kingston, Jamaica in 1993, he grew up in Newport News, Virginia with a ravenous appetite for music, teaching himself how to play the cello, drums, piano, and guitar, and specializing in saxophone. He released songs online while finding his style, posting videos of live looping and on-the-spot beat making as well as tracks where he improvised saxophone over other artists’ beats. 2015’s The Pink Polo EP, a collaboration with Medasin, included the single “Girls That Dance,”. This went viral and caught the attention of DJ Jazzy Jeff. “I got some tweets that Jazzy Jeff was playing my song in Amsterdam. I tweeted him back He DM’d me to come to his house. It was actually his house,” he says. “He’s been my uncle ever since.” Soon after Masego released his first EP “Loose Thoughts” full of sax solos and chill inducing beats.

In 2017, Masego released “Tadow,” a collaborative single with French artist FKJ. The accompanying video for the song went viral, showing the two musicians impressively live-looping all of the track’s instruments in the studio. “Tadow” landed on his official full-length debut, Lady Lady, which was issued in September 2018.

Masego kept busy, producing and featuring on releases by VanJess, Ari Lennox, The Game, Kaytranada, and many others. In addition to releasing solo singles like the body positive anthem “Big Girls.” In 2020, he featured on Kehlani’s “Hate the Club” and Ro James’ “Slow Down” while issuing a flood of his own singles including “Mystery Lady” from the Studying Abroad EP.

Masego collaborated with JID and Rapsody on the song “Somethin’ Ain’t Right,” from Judas and the Black Messiah: The Inspired Album, and co-produced “Champagne Poetry,” the first song on Drake’s Certified Lover Boy. Recently releasing “Garden Party,” a single with Big Boi and JID. 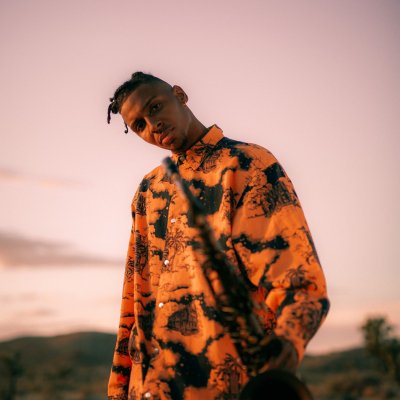