Growing up as an only child in west London, 20-year-old Matilda found herself soaking up her parent’s musical taste, which led to her to writing her first song aged 11. She has been writing ever since, her debut EP ‘If That Makes Sense’ inspired by notes taken from conversations with friends, or those overheard during tube rides and whilst working in a pub. Her EP sees her working with the likes of Rich Cooper (Billie Martin, Lucy Rose, Mystery Jets) + Matt Maltese.

Championed by the likes of BBC Introducing, COLORS and Mahogony, Matilda sold out her debut London headline show at Servant’s Jazz Quarters earlier this year as well as previously playing tour support for the likes of Arlo Parks, Beabadoobee and The Staves, whilst Glastonbury Festival revealed Matilda as third place their coveted Emerging Talent Competition for 2020.

Her latest release — the 6-track EP titled “Sonder” — is one that exemplifies what Mann is known for, while also showcasing her maturity and growth as an artist after crafting the EP around the theme of reflection. Sonder has already built considerable hype, with each of its successive singles revealing another compelling side of Mann’s bright, multifaceted burgeoning artistry. 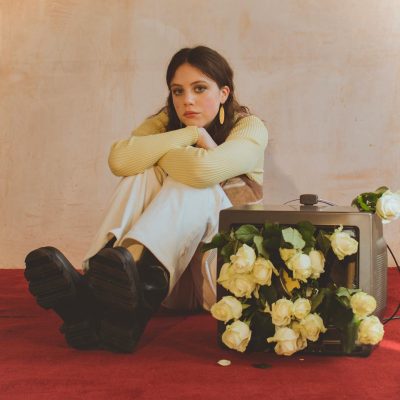