Nabihah Iqbal is a musician, producer, DJ and broadcaster from London.

Her debut album, ‘Weighing of the Heart’, was released via Ninja Tune in December 2017 and has since garnered huge critical acclaim from the likes of The Guardian, Pitchfork, Dazed, The Observer, Q Magazine, BBC Radio 1 and 6Music. She is currently an artist-in-residence at London’s iconic cultural institution, Somerset House, where she is writing and recording her second album.

Aside from working on her own music, Nabihah has hosted a bi-weekly show on NTS Radio since 2013, exploring musical traditions and cultures without boundaries. The success of this show, and the following that Nabihah has built up as a DJ and tastemaker, caught the attention of the BBC and she has frequently appeared on their networks since 2018, presenting shows on BBC Radio 1, 1Xtra, Asian Network, World Service and 6Music. In December 2020, Nabihah launched a monthly radio show, ‘New Music Energy’, which is dedicated entirely to new artists and new music.

She has toured extensively around the world, both as a live act and as a DJ. Performance highlights include the Tate Modern and Tate Britain, as well as the Institute of Contemporary Arts, Barbican, Victoria & Albert Museum in London, K11 Art Institute in Shanghai, MoMA PS1 in New York, Synthposium in Moscow, Inner Varnika festival in Australia and SXSW in Austin, TX, Glastonbury Festival, Warehouse Project, Printworks, Boiler Room, Worldwide Festival and Bestival.

Inter-disciplinary projects form an important part of Nabihah’s work. She has received several commissions from other corners of the arts, where she has collaborated with Chinese artist Zhang Ding, been commissioned by Tate to compose music for the Turner Prize, collaborated with Wolfgang Tillmans as part of his Tate Modern exhibition and was recently involved in a group performance at the Barbican as part of its major Basquiat retrospective.

1n 2019, Nabihah launched her ‘Glory To Sound’ project at Somerset House in London. She has been curating a series of events (talks, live music, club nights) which explore the reasons why we love music. Guests include Wolfgang Tillmans, David Olusoga, Gilles Peterson, SOPHIE and Kassem Mosse. 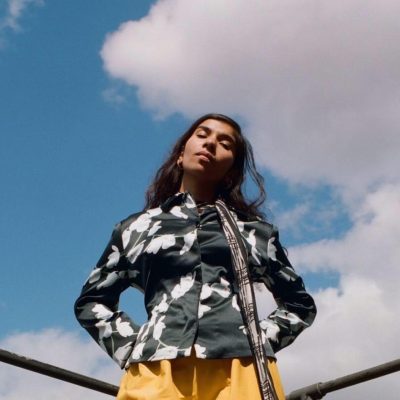