The follow-up to 2015’s Bahdeni Nami, To Syria, With Love marks Omar Souleyman’s third full-length studio record. It is a departure musically and lyrically from his previous material, with focus on more elaborate keyboard and techno elements. Completely setting politics aside, Souleyman consciously shares this personal ode to his native country with an emphasis on his emotional connection to the land and people but not without heartache in view of the nation’s current state.

Superimposed over complex electronic arrangements, the new music is joined with lyrics and poetry co-written by Souleyman’s long-time collaborator Shawah Al Ahmad. Medium to high-speed dabke and baladi styles are heavily featured throughout as Souleyman expresses his overarching longing for collective peace.

He has bolstered his growing status as a world and electronic music icon establishing an extensive international following after touring widely and performing at major festivals including Glastonbury, Bonnaroo, Pitchfork Paris and Roskilde. Since its founding in 2013, Souleyman has been an advocate for the charity “Our Heart Aches for Syria,” which operates in collaboration with Doctors Without Borders. In that same year, he performed at the Nobel Peace Prize Concert in Norway. 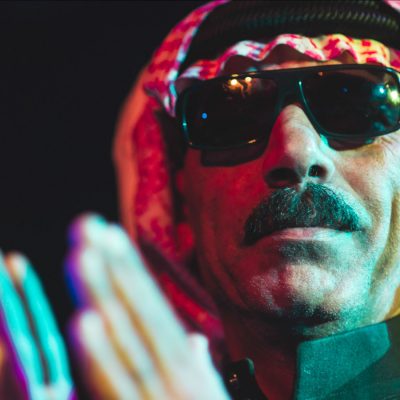