Formed in Chester, England in late 2014, three piece indie-pop band PEANESS are the kind of instantly likeable, warm and creative people that can get away with having radio DJ’s blush like a peach every time they have to say the band’s name on the airwaves. Lucky really, as it’s a phenomenon that’s becoming increasingly more common with spins racking up at BBC Radio One, BBC6 Music, Radio X and more as this burgeoning bunch of friends grow quickly into the big shoes that the early press-hype has set out for them to fill.

First meeting at university, members Jess (bass), Balla (guitar) and Rach (drums) built their bond on timeless founding principles of friendship, a desire to escape small town boredom, an embracing of the DIY nature of the music they make, and their close relationships with other local contemporary bands. Their merch often includes handmade limited edition items by Rach’s mum, the band frequently make their own music videos, and their artwork and press shots are all done by close creative friends – Peaness then, is a family affair.

The trio started performing live in July 2015 and since then have gone on to play alongside the likes of  We Are Scientists, The Cribs, The Beths, Kero Kero Bonito, The Big Moon,  She Drew The Gun and The Lovely Eggs, with festival appearances at TRUCK, 2000 Trees, Green Man, Benicasim, The Great Escape, Indietracks, Handmade Festival and many many more.

Their debut EP No Fun was self-released in 2015 and immediately won fans at BBC Introducing, BBC6 Music and BBC Radio 1, leading to limited edition AA singles of ‘I’m not Your Problem / Fortune Favours The Bold’ released via Canadian DIY label Kingfisher Bluez and ‘Same Place / Seafoam Islands’ in early 2017 via Odd Box Records, which sold out of pre-orders in two days.

In May 2017 Peaness singed with UK independent label royalty Alcopop! Records for the release of their second EP, ‘Are You Sure?’. Seeing a sharp upturn in both gig attendance and press coverage, they’ve won a raft of support from the likes of Kerrang! Magazine, Rolling Stone, UPSET Magazine, DORK, The Metro, The Skinny, Clash Magazine, Drowned In Sound and many more, for their playful but perfectly crafted power-pop. It’s a partnership which has so far proved lucrative, with the band’s core principles aligning nicely with Alcopop! Records’ sense of fun and staunch DIY ethic.

Spending most of 2018 and 2019 working on new material and slotting in further live dates (touring with The Beths, Kero Kero Bonito, She Drew The Gun, BC Camplight) everything’s looking pretty rosy right now down on the Peaness veg patch.

Peaness self-released a song about Brexit named “Breakfast” May 2019, delaying it’s release for over a year, mimicking the delays of Brexit and performed live on BBC 6 Music for Marc Riley and XFM with Jon Kennedy to promote the single.

2020 looked set to be their busiest year yet, with their first major UK tour selling out in almost all venues in Jan/Feb, the release of their latest single “Kaizen”  – which went on to receive multiple plays on BBC Radio One,, was playlisted for SEVEN weeks on BBC 6 Music, and sold out of self released 7″ singles – instagram DMs from Marc Ronson, a second live session at BBC 6 Music, and the second leg of their tour due to take place in March/April selling fast.

But then of course covid happened and like everybody else, things have been paused, gigs have been postponed, then postponed again, single releases delayed, and general hiding under bed sheets for weeks on end.

The moral of the story? If you’re thinking about giving peas a chance, you probably should – the world could use a little more of their sunshine-laden indie-pop to brighten its gloomy days of late. 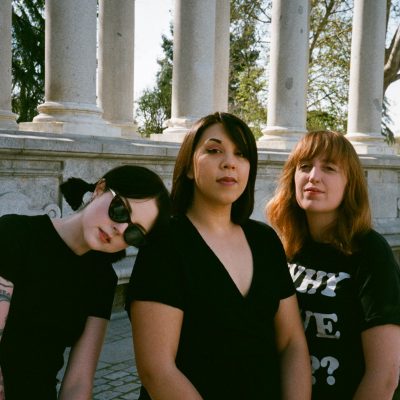