Porridge Radio originated from Dana Margolin’s bedroom, where she first started making music. Living in the seaside town of Brighton, she recorded songs and played them at open mic nights to rooms of old men staring quietly, as she screamed in their faces.

Though she eventually grew out of them, for Margolin these open mic nights unlocked a love of performing and songwriting, as well as a new way to express herself. She decided to form a band through which to channel it all, and make more noise while she was at it – so Porridge Radio was born.

Inspired by relationships, her environment – in particular the sea – and her growing friendships with new bandmates (bassist Maddie Ryall, keyboardist Georgie Stott, and drummer Sam Yardley) Margolin’s distinctive, indie-pop-but-make-it-existentialist style soon started to crystallize. Immediately, the band self-released demos and then a garden-shed-recorded collection on Memorials of Distinction. Their tireless touring in the UK cemented their reputation as one of the country’s most compelling live bands.

As their sound – bright pop-rock instrumentation blended with Margolin’s tender, open-ended lyrics – has developed and refined, Porridge Radio received critical praise from US tastemakers; Stereogum, Paste and Brooklyn Vegan.Now, they are taking that development a step further, as they put out their Secretly Canadian debut, Every Bad.

Every Bad glistens with grand, sweeping ambition. 80s-esque synths shine against Margolin’s urgent vocals – with all the rawness of early Karen O, and influences as disparate as Charli XCX and The Cranberries. Oscillating between desperation, resignation, and, crucially, hope, Porridge Radio’s unmistakable take on pop music is like a jewelry box twinkle just out of kilter.

A testament to her visionary tools, Every Bad is, for Margolin, “an unfinished sentence.” In a practical sense, it’s both a culmination – of everything the band have learned about themselves and about making music since they formed – and a sign of all that’s to come. But emotionally, it’s also an attempt to acknowledge that no sentence is ever finished; that “things can be difficult, but they can grow, and be a hundred different things at the same time.”

In fact, Porridge Radio themselves contain multitudes. While their subject matter is serious, and their live shows intense, this is also a band who are playful with their fans on social media. At a London show on the first night of Passover 2019, Margolin exuberantly encouraged the crowd to join in festive traditions in between songs – and in the live context especially, that lightheartedness works as a counterpoint to her plainly spoken and frequently devastating lyrics. 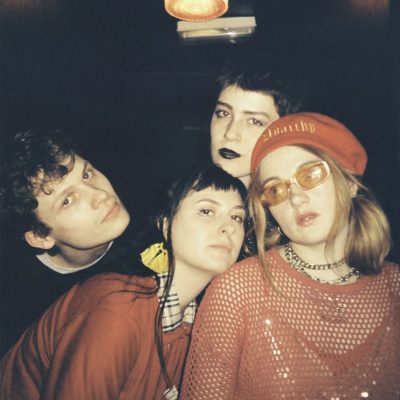