Entering their eighth year as a band, Priests—Daniele, vocalist Katie Alice Greer, and guitarist G.L. Jaguar—remain an inspired anomaly in modern music. A band on its own label, Sister Polygon Records—jolting the greater music world with early releases by Downtown Boys, Snail Mail, Sneaks, and Gauche—they are living proof that it is still possible to work on one’s own terms, to collectively cultivate one’s own world. Bred in punk, Priests play rock’n’roll that is as intellectually sharp as it is focused on pop’s thrilling pleasure centers, that is topical without sloganeering. The high-wire physicality of their live shows, the boldness of their Barbara Kruger-invoking visual statements, their commitment to cultural, political, and aesthetic critique—it’s all made Priests one of the most exciting bands of their generation, subversive in a literal sense, doing things you would not expect. 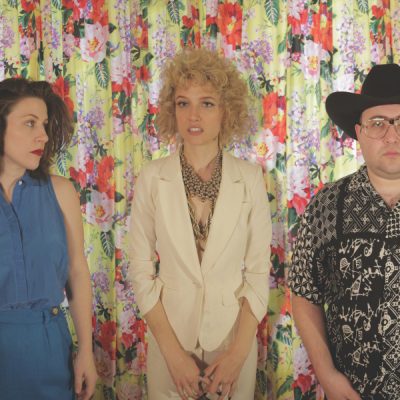