London electro-post-punk five-piece Pumarosa burst onto the scene with the unlikely single ‘Priestess’. Singer and guitarist Isabel Munoz-Newsome first met drummer Nicholas Owen when the pair turned up for rehearsals for a new project at a rundown pub in Homerton. As no one else turned up, they decided to form a duo instead, and began writing material and rehearsing.

After they moved to a warehouse in Manor House, they met Henry Brown (bass), Neville James (guitar), and Tomoya Suzuki (sax/keys), and a full-fledged Pumarosa was born. In 2015 the band was offered a residency at a disused cinema in Calabria in Italy, and the group honed its unique sound in that voluminous space. Later that year, Pumarosa released their debut single, ‘Priestess’, after signing to Chess Club Records. The following year they put out their second single, ‘Cecile’, and began work on their debut record with producer Dan Carey (Kate Tempest, Bat for Lashes, TOY). Debut record The Witch appeared in 2017, which cemented the band as a restless, genre-hopping band. They released follow-up record, Devastation, in 2019. 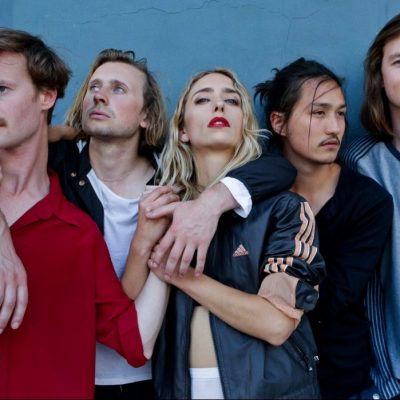