Red Axes is a project created by Tel-Aviv based producers and DJs Dori Sadovnik and Niv Arzi. The duo has been performing together since a long time, first as members of the new wave / post punk band Red Cotton.

After living in Amsterdam and traveling in Europe, the guys returned to Tel-Aviv and began an underground psychedelic electronic party series called Break It!, which brought refreshing energy into the Tel Aviv scene.

In 2009, they established a new vision and concept for all of their artistic endeavours – focusing on house, disco and techno – and have released a slew of EPs and mixes via labels such as I’m A Cliché, Kill The DJ and Throne Of Blood.

In 2016, the duo launched their own record label named Garzen Records, releasing records such as: The White Screen, Abrao, Deaf Chonky, The Crotches, Siam and their own latest album The Beach Goths. Since then they have been in the mix for Radio 1, Boiler Room, NTS, Crack Magazine, and lots more. 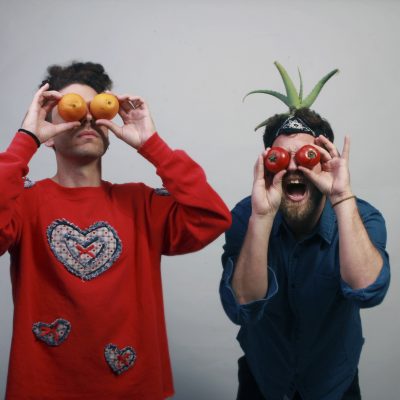