Rory and MAL are BACK, and on a brand new podcast network called More Sauce. Come kick it with the boys and sit back with casual, hilarious, and real conversations between two best friends. The guys are the same, but they’re bringing new stories, new laughs, and of course, new random hot takes that no one asked for. And for anyone new to the show, expect to hear about Hip Hop, fashion, sports, relationships, and The Culture at large. New Rory & MAL is out now! Listen on Stitcher, Apple Podcasts, Amazon Music, or wherever you find your favorite podcasts. Learn more about your ad choices

On November 2, the New Rory & Mal podcast made its debut on Stitcher’s More Sauce label just months after a public, yet messy, split from their previous platform. AfroTech got the chance to speak with the duo about their new Stitcher deal, life post-JBP, and how other aspiring podcasters can get turn a hobby into a lucrative business.

When Rory & Mal began their podcast journey roughly six years ago, they had no idea it could transform into a career. It wasn’t until they sat with the late Combat Jack, who is credited for spearheading the hip hop podcast industry, that they realized its potential.

Rory and Mal’s newfound independence has allowed them to push boundaries creatively. Their podcast, which now includes twice-weekly episodes, also features skits and celebrity interviews. And though the freedom to create amazing content was a huge perk, according to Mal, the most valuable outcome from their transition to independence was the change he feels when he gets up and goes to work every day.. 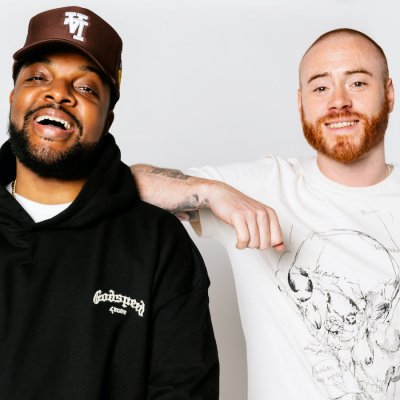