Rosie Lowe has been making music all her life. On debut album Control she was striding out alone, tackling politics, feminism and modern relationships. Lowe’s sound was similarly resistant to being pinned down. Electronic, British, Soulful, Progressive, Rhythmic, Introspective. Some of the many attributes of Rosie’s music. On her second album YU, however, Rosie Lowe digs deeper still. With its warmer, sensual, cosmic and funk-driven textures, here is a record that asks bigger questions of how the heart and mind works, ultimately finding power through opening up both. This isn’t, though, an album just about love and being loved: throughout Lowe explores and questions life as a twentysomething in London, as a woman empowered and in control.

“Where Control was about self, Yu is about other,” Lowe says. “I knew for my debut, to put ink to paper and carve out a start to my musical journey that was so specific to where I was at at the time was something I really needed to do. For YU, I wanted to collaborate with the incredible musicians that surround me and to share my process with the people I most admire and love. Dave was at the heart of this and although we’re long-term collaborators, we had never written together before. It was the start of a new journey together as musicians, writers and friends.”

Despite its richly classic feel, YU is ultimately an album about thoroughly modern, twenty-first-century love. It’s a vivid soundtrack of those moments of fear in the unknown; when you are unused to relationships working out, but find yourself in the thick of one that may yet do just that. Of finding a more pragmatic, flawed but perhaps more fulfilling version of the romantic myths we are raised on. Indeed, as she finished making YU, Lowe altered lyrics to reflect how her internal dialogue had deepened over that time, and how she had changed through that informative process of self discovery. “I grew up surrounded by separated parents. It was so rare to have parents who stayed together. I didn’t ever believe it was possible to be with one person forever. But now I feel that maybe I can be.”

Drenched in feelings and experiences endured, overcome, enjoyed and celebrated, YU comes with its wrists upturned, palms stretched out, its eyes open and wide. 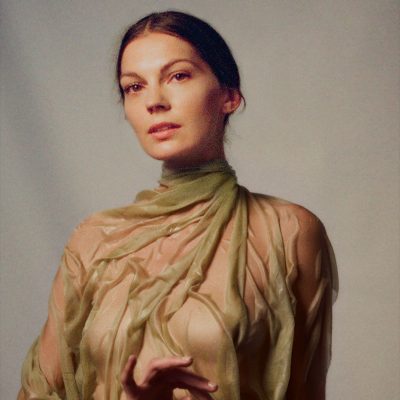