Multi-award winning comedian, presenter, actor, author and scriptwriter Russell Kane is best known as the host of three series of Live At The Electric, and has made regular appearances on Live At Apollo, Unzipped, Celebrity Juice, and I Am Celebrity Get Me Out of Here Now.

Russell was nominated four times for prestigious Edinburgh Comedy Awards before winning Best Show in 2010. He then went onto make history as the first comedian to win both the Edinburgh Award and Melbourne Comedy Festival’s Barry Award in one year. His award-winning show Smokescreens & Castles was recorded in front of his home crowd in Westcliff-on-Sea at the Palace Theatre and released by Universal Pictures in 2011. Famed for his critically acclaimed tours, Russell has been performing sell-out shows across the globe. 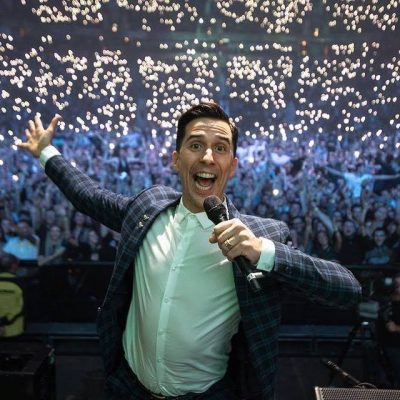