Shabaka Hutchings is a saxophonist, bandleader, and composer. A significant part of the 21st-century jazz and improvised music scenes, he has led his own groups, worked with Courtney Pine’s Jazz Warriors, been a member of the Heliocentrics, and played on albums by everyone from Mulatu Astatke to Melt Yourself Down.

Shabaka Hutchings was born in 1984 in London. He moved to Barbados at the age of six, began studying classical clarinet at age nine, and saxophone a year later. After returning to the U.K., he was granted the title of BBC Radio 3 New Generation Artist in 2010, allowing him to undertake numerous commissions, as well as broadcast performances on radio (including those of his own group, Sons of Kemet). In July 2013, Hutchings received a commission from the Leasowes Bank Music Festival to write a piece for clarinet and string quartet. He performed this piece with the Ligeti String Quartet to rave reviews. Sons of Kemet released their debut album, Burn, and won the 2013 MOBO Award for Jazz Act of the Year. Hutchings was nominated for Jazz Musician of the Year in the Parliamentary Jazz Awards. The following year, he was invited by Marshall Allen to join the Sun Ra Arkestra. He performed with them and recorded a session for the BBC’s Radio 3, and was a recipient of the Paul Hamlyn Foundation Composer Award.

Hutchings was also a core member of percussionist/producer Sarathy Korwar’s group for the acclaimed Day to Day. It featured the modern jazz and electronics group performing with the Sidi Troupe of Ratanpur, and was recorded in India and London. The album was released on Ninja Tune during the summer of 2016. Wisdom of Elders, the album by Hutchings’ South Africa project Shabaka and the Ancestors, was issued by Gilles Peterson’s Brownswood label in the early fall. 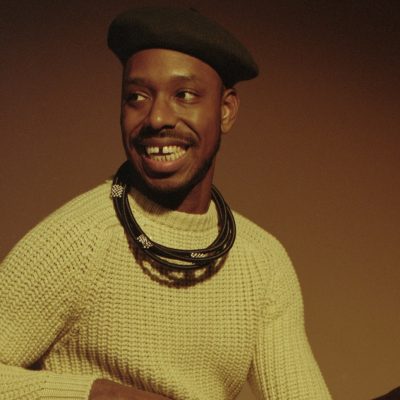