Sofie Hagen is a London-based Danish comedian, podcaster, and activist. In 2015, Sofie won the Best Newcomer award at the Edinburgh Fringe Festival for her debut show Bubblewrap. She followed this up with the critically acclaimed sell out shows Shimmer Shatter in 2016, Dead Baby Frog in 2017, and The Bumswing in 2019.

Sofie published her debut book “Happy Fat” in 2019 and is the creator and host of the wildly successful podcast Made of Human and has hosted several other successful podcasts including The Guilty Feminist and Comedians Telling Stuff amongst others. She has grown a huge social media following to compliment her podcast audience and is a much in demand speaker and comedian.

Selling out venues across the UK and Europe Sofie has written for the Guardian, Huffington Post and Metro. She has appeared in numerous television shows for the BBC, ITV, Comedy Central and Dave among others. Sofie has presented a documentary on fatness for Denmark’s channel DR2, her TEDx Talk was shared worldwide and she has spoken to millions on her Made of Human and Secret Dinosaur Cult podcasts. 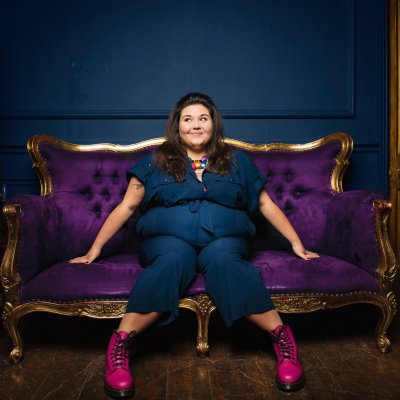