Suzanne began her life with music at the age of seven when her mother brought home a collection of classical albums from a neighborhood fire sale. Suzanne was immediately entranced by the melodies of Bach, Beethoven, and Mozart. As the third of six children in a busy suburban household near Boston, Suzanne found her own space by teaching herself to play the piano and to read music.

As an undergraduate at Wellesley College, Suzanne began dividing her time between performance and composition. She also began her fascination with technology when one of her classes took a field trip to nearby M.I.T., where a professor demonstrated his early attempts to make a computer produce the sound of a violin. Upon graduation, she went to the University of California at Berkeley to continue her studies in composition. She received her Masters Degree in composition there, but more importantly, at nearby Stanford University and Mills College, she met three of the founders of electronic music: John Chowning, Max Matthews and Don Buchla.

Suzanne became entranced with the ability to produce music with a machine, and she became a devotee of synthesizers for the next two decades. She has often joked that for at least ten years she was essentially married to her Buchla synth, and in fact she did leave the massive machine running for months at a time, programming it to compose and play endless compositions. For Suzanne, this was the essence and importance of the synthesizer – it could do things no other instrument in history could do! It could work sub and super sonically; it could hold a note for days; it could play with perfect pitch in a perfect sine wave. Using dials, knobs and patch cords, Suzanne engaged in an elegant dance with her synthesizer to produce her ground breaking electronic albums, while always remaining true to her classically inspired sense of melody.

Suzanne believed that the synth should follow its own course as an instrument, but her position ultimately lost out to those who wanted simple machines that duplicated the sounds of other instruments and had preset voices. As this change in the world of electronic music and instruments came about, Suzanne found herself returning to classical instrumentation in support of her melodies, culminating in her Grammy-nominated album for piano and orchestra, Dream Suite. This same sensibility is evident in Pianissimo II as well. 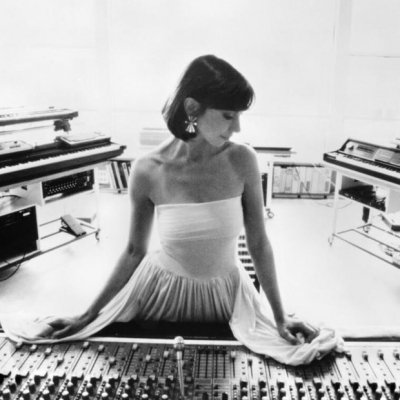