Suzanne Vega emerged as a leading figure of the folk-music revival of the early 1980s when, accompanying herself on acoustic guitar, she sang what has been labeled contemporary folk or neo-folk songs of her own creation in Greenwich Village clubs. Since the release of her self-titled, critically acclaimed 1985 debut album, she has given sold-out concerts in many of the world’s best-known halls. In performances devoid of outward drama that nevertheless convey deep emotion, Vega sings in a distinctive, clear vibrato-less voice that has been described as “a cool, dry sandpaper- brushed near-whisper” and as “plaintive but disarmingly powerful.”

Bearing the stamp of a masterful storyteller who “observed the world with a clinically poetic eye,” Suzanne’s songs have always tended to focus on city life, ordinary people and real world subjects. Notably succinct and understated, often cerebral but also streetwise, her lyrics invite multiple interpretations. In short, Suzanne Vega’s work is immediately recognizable, as utterly distinct and thoughtful, and as creative and musical now, as it was when her voice was first heard on the radio over 20 years ago.

Suzanne was born in Santa Monica, CA, but grew up in Spanish Harlem and the Upper West Side of New York City. She was influenced by her mother, a computer systems analyst and her stepfather, the Puerto Rican writer Egardo Vega Yunque. There was a heady mix of multicultural music playing at home: Motown, bossa nova, jazz and folk. At age 11 she picked up a guitar and as a teenager she started to write songs.

Suzanne studied dance at the High School for the Performing Arts and later attended Barnard College where she majored in English Literature. It was in 1979 when Suzanne attended a concert by Lou Reed and began to find her true artistic voice and distinctive vision for contemporary folk. Receptionist by day, Suzanne was hanging out at the Greenwich Village Songwriter’s Exchange by night. Soon she was playing iconic venues like The Bottom Line and Folk City. The word was out and audiences were catching on.

At first, record companies saw little prospect of commercial success. Suzanne’s demo tape was rejected by every major record company—and twice by the very label that eventually signed her: A&M Records. Her self-titled debut album was finally released in 1985, co-produced by Steve Addabbo and Lenny Kaye, the former guitarist for Patti Smith. The skeptical executives at A & M were expecting to sell 30,000 LP’s. 1,000,000 records later, it was clear that Suzanne’s voice was resonating around the world. Marlene on the Wall was a surprise hit in the U.K and Rolling Stone eventually included the record in their “100 Greatest Recordings of the 1980’s.”

1987’s follow up, Solitude Standing, again co-produced by Addabbo and Kaye, elevated her to star status. The album hit #2 in the UK and #11 in the States, was nominated for three Grammys including Record of the Year and went platinum. ‘Luka’ is a song that has entered the cultural vernacular; certainly the only hit song ever written from the perspective of an abused boy.

The opening song on Solitude Standing was a strange little a cappella piece, ‘Tom’s Diner’ about a non-descript restaurant near Columbia University uptown. Without Suzanne’s permission, it was remixed by UK electronic dance duo DNA and bootlegged as ‘Oh Susanne.’ Suddenly her voice on this obscure tune was showing up in the most unlikely setting of all: the club. Suzanne permitted an official release of the remix of ‘Tom’s Diner’ under its original title which reached #5 on the Billboard pop chart and went gold. In 1991 a compilation, Tom’s Album, brought together the remix and other unsolicited versions of the song. Meanwhile, Karlheinz Brandenburg, the German computer programmer was busy developing the technology that would come to be known as the MP3. He found that Vega’s voice was the perfect template with which to test the purity of the audio compression that he was aiming to perfect. Thus Suzanne earned the nickname “The Mother of the MP3.”

In 1996, Vega returned with the similarly audacious Nine Objects Of Desire, also produced by Mitchell Froom, who by then was her husband. ‘Woman On The Tier (I’ll See You Through)’ was released on the Dead Man Walking soundtrack. Over the years, she has also been heard on the soundtracks to Pretty In Pink (‘Left Of Center’ with Joe Jackson) and The Truth About Cats & Dogs, and contributed to such diverse projects as the Disney compilation Stay Awake, Grateful Dead tribute Deadicated, Leonard Cohen tribute Tower Of Song, and Pavarotti & Friends. In 1999, The Passionate Eye: The Collected Writings Of Suzanne Vega, a volume of poems, lyrics, essays and journalistic pieces was published by Spike/ Avon Books. In 2001, she returned to her acoustic roots for her first new album in five years, the critics favorite, Songs In Red And Gray.

Suzanne’s neo-folk style has ushered in a new female, acoustic, folk-pop singer-songwriter movement that would include the likes of Tracy Chapman, Shawn Colvin, and Indigo Girls. In 1997, Suzanne joined Sarah McLachlan on her Lilith Fair tour which celebrated the female voice in rock and pop. She was one of the few artists invited back every year. Suzanne was also the host of the public radio series ‘American Mavericks,’ thirteen hour-long programs featuring the histories and the music of the iconoclastic, contemporary classical composers who revolutionized the possibilities of new music. The show won the Peabody Award for Excellence in Broadcasting.

In 2007, Suzanne released Beauty & Crime on Blue Note Records, a deeply personal reflection of her native New York City in the wake of the loss of her brother Tim and the tragedy of 9/11. But the record is not a sad one, per se, as her love for the city shines through as both its subject and its setting. In it, Suzanne mixes the past and present, the public with the private, and familiar sounds with the utterly new, just like the city itself. ‘Anniversary,’ which concludes Beauty & Crime, is an understated evocation of that time in the fall of 2002, when New Yorkers first commemorated the Twin Towers tragedy and when Suzanne recalls her brother’s passing. It’s more inspiration than elegy, though: “Make time for all your possibilities,” Vega sings at the end in that beautiful, hushed voice. “They live on every street.” Produced by the Scotsman, Jimmy Hogarth and featuring songs such as ‘New York is a Woman’ and ‘Ludlow Street,’ Beauty & Crime is that rare album by an artist in her third decade; an album that is as original and startling as her first. Beauty & Crime won a Grammy for Best Engineered Album, Non-Classical.

Suzanne Vega is an artist that continues to surprise. In 2006, she became the first major recording artist to perform live in avatar form within the virtual world Second Life. She has dedicated much of her time and energy to charitable causes, notably Amnesty International, Casa Alianza, and the Save Darfur Coalition. Suzanne has a daughter, Ruby, by first husband Mitchell Froom. Ruby, like Suzanne before her, attends the High School for the Performing Arts. Suzanne is married to lawyer/poet Paul Mills who proposed to her originally in 1983. Suzanne accepted his proposal on Christmas Day 2005, twenty two years later. As fascinating as the New Yorkers she has been inspired by, Suzanne Vega herself is full of stories and surprises: the everyday revelations, the grabbed-on-the-run wisdom, the strange, random, miraculous stuff that make up a singular career – or maybe just another life in the big city. 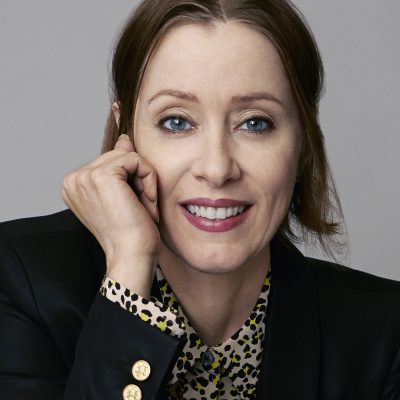