Billed as one of the country’s top new comedy acts” by The York Press, Tadiwa Mahlunge has performed at the Greenman, Brighton Comedy Garden, Camp Wildfire, Aberystwyth and Greenwich Comedy Festivals – alongside the biggest names in comedy -providing tour support for Kiri Pritchard-McLain, and TV warm up for Desiree Birch’s Amazon Prime special.

Tad has performed at historic venues such as The Clapham Grand, The Greenwich Maritime Museum, The Old Vic (Bristol), The National Gallery and of course, he’s a regular at the Comedy Store. Tad was born in Zimbabwe before growing up in Cardiff. After spending his whole life in two colonies, it’s a bummer for him to now call London home. When his plans to have a career as a professional physicist were dashed, after he was told he would never make the grades for Oxbridge, his obvious second choice was standup. 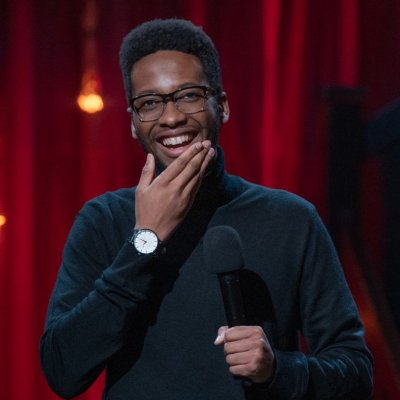