Tears for Fears were always more ambitious than the average synth pop group. From the beginning, the duo of Roland Orzabal and Curt Smith were tackling big subjects — their very name derived from Arthur Janov’s primal scream therapy, and his theories were evident throughout their debut, The Hurting. Driven by catchy, infectious synth pop, “The Hurting” became a big hit, setting the stage for international stardom with their second album, 1985’s Songs from the Big Chair. On the strength of the singles “Everybody Wants to Rule the World” and “Shout,” the record became a major hit, establishing the duo as one of the leading acts of the second generation of MTV stars. Instead of quickly recording a follow-up, Tears for Fears labored over their third album, the psychedelic and jazz-rock-tinged The Seeds of Love.

17 years since the beloved duo released “Everybody Loves a Happy Ending” in 2004. Yet Tears For Fears has hardly been absent from the road, from our airwaves or from our hearts and minds here in the 21st Century. To the surprise of many – very much including themselves – they have actually become late-blooming road warriors playing arenas, stadiums and festivals in winning form with a new and improved band. Their recordings have been sampled by everyone from The Weeknd to David Guetta to Kanye West and covered by artists ranging from Lorde to Adam Lambert to Disturbed. The timeless, widescreen songs of Tears For Fears have also appeared in many films including Donnie Darko and Straight Outta Compton to name just a few, and the group now find themselves frequently name-checked by numerous younger bands as a classic influence.

At very long last, Tears For Fears find themselves back in peak form at “The Tipping Point”, an inspired song cycle that speaks powerfully and artfully to our present tense here in 2021. 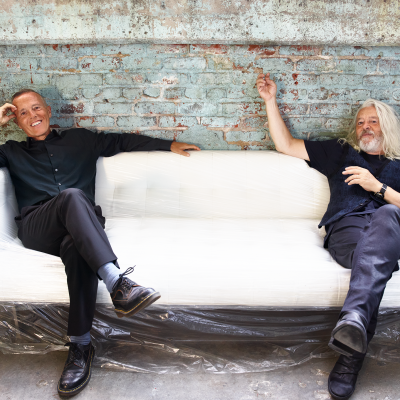