The Tallest Man On Earth

Playing spare but tuneful indie folk enlivened by his sometimes craggy, always passionate vocals and poetic lyrics, the Tallest Man on Earth is the stage name of Swedish singer and songwriter Kristian Matsson. Debuting with a no-frills acoustic EP in 2006, the Tallest Man on Earth became a critical favorite with his first full-length album, 2008’s Shallow Grave. As Matsson won an international audience, he began experimenting with more elaborate arrangements and production with 2012’s There’s No Leaving Now, which fused folk influences with indie rock.

Born in Dalarna, Sweden in 1983, Matsson first broke into music as a member of the group Montezumas, but in 2006, influenced by rootsy Swedish artists such as Thomas Denver Jonsson and Homesick Hank, he struck out on his own as the Tallest Man on Earth, releasing a self-titled five-song EP of elemental acoustic songs with just his guitar for accompaniment on the Swedish label Gravitation. The EP and the follow-up single, “Pistol Dreams,” received positive reviews, and in 2008, Matsson released his first album as the Tallest Man on Earth, Shallow Grave, which was released in the United States by the boutique indie label Mexican Summer. Matsson toured extensively in support of Shallow Grave, including several dates opening for Bon Iver and John Vanderslice, and in 2010 he released his second album, The Wild Hunt, which was his first project for Dead Oceans Records.

Before 2010 was out, a five-song TMOE EP appeared, Sometimes the Blues Is Just a Passing Bird, which marked Matsson‘s first recordings with an electric guitar. In 2012, he released There’s No Leaving Now, which found him adding a few more layers to the album’s production, and 2015’s Dark Bird Is Home proved to be his most ambitious project to date, incorporating a full band on several cuts as well as electronic loops, horns, backing vocalists, and a spacious, atmospheric studio sound. In 2018, Matsson began releasing a cycle of new material with the collective working title When the Bird Sees the Solid Ground. With a more concise and intimate sound than Dark Bird Is Home and featuring a greater emphasis on acoustic guitar, Matsson initially released the tracks as a series of singles with accompanying videos in which he shared his thoughts about the songs. That effort arrived as an album in 2019, titled I Love You. It’s a Fever Dream, which included single “The Running Styles of New York” and “I’m a Stranger Now.”

When asked about the album, Matsson says

“Here’s what I can tell you: Of course there are some love songs and then there are some other songs. Making the album I was thinking a lot about the lenses we view our lives through and that, for some reason, our worst tendencies seem to be carried out so loudly, while our best can go unnoticed. I’ve come to realize that some of the most powerful, most inspiring moments in my life have been the most subtle and that so often the thing that deserves my attention, is trying the least to get it.”

In recent years Matsson has undertaken single oriented projects that incorporate writing, producing and self releasing songs and videos in regular intervals, often with purposefully intense deadlines. He’s described finding inspiration in the entire process, and in particular in the satisfaction of making something and having it out quickly. For listeners and viewers the fascination has been in watching an artist work through his life, in problems and celebrations large and small, putting his thoughts out into the world while he’s still processing them himself and watching them evolve over time. 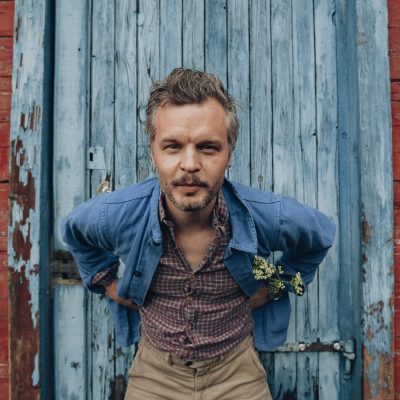