The Twilight Sad’s ascent has been forged the old way with grit, graft and four exceptional studio albums. The Kilsyth group – based around the core duo of James Graham and Andy MacFarlane – seemed to emerge fully formed with their blindsiding 2007 debut Fourteen Autumns and Fifteen Winters but there has been an undeniable evolution throughout the critically acclaimed body of work they have since produced.

“When we started this it wasn’t about anything other than making music that mattered to us. Four albums and countless tours later, our agenda is still to write something which is true, honest and exciting to ourselves, but we have also realised that what we’re doing matters to other people. When our music connects it can become as important to them as it is to us.”

The amicable departure of founding member Mark Devine meant that the band had to shed its skin to evolve once more in 2018; James and Andy officially brought long-time touring members Brendan Smith (The Blue Nile, The Unwinding Hours) and Johnny Docherty (Take a Worm For a Walk Week, RUNGS) in from the wings to help push The Twilight Sad to the next plateau<br> 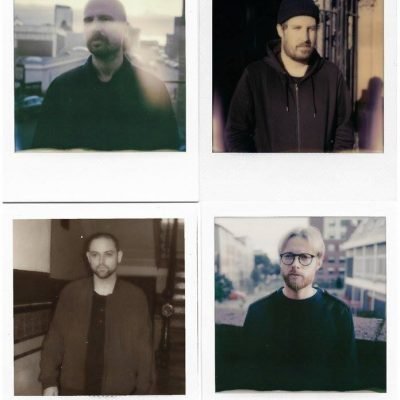