Tkay Maidza (real name Takudzwa Victoria Rosa Maidza) is an Adelaide-based rapper/singer known for her high-energy tracks and uncompromising take on Australian hip-hop. Born in Zimbabwe, hers is a talent and voice bucking the mainstream popularity of ‘skip-hop’.

I remember when I first started, I used to see things on Aussie hip-hop forums…[People] being like, ‘Hey guys, do we like this?’ And then the guys would be like, ‘Um nah, it’s too pop for me,’ or, ‘It’s too weird,’ or, ‘This isn’t real.’ And in the beginning I was just really sad, but then I started to realise that what I was doing was not for them and it didn’t bother me…I began to understand that I didn’t really want to fit in, and I didn’t mind.

Debut single ‘Brontosaurus’ was released when she was only seventeen years old and received strong support from national radio station Triple J. She cites Santigold and Nicki Minaj as inspirations. Her admirers include Killer Mike who gave her a shout-out and guest verse on single ‘Carry On’. 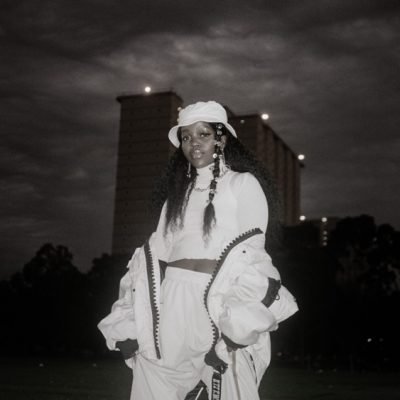