Joe Thornalley, known by the moniker Vegyn, is a London-based producer whose unconventional style of beatmaking has attracted attention from club audiences as well as rappers. His restrained yet intricately detailed productions are both playful and mysterious, avoiding the clichéd hallmarks of most dance music and not quite fitting in with hip-hop trends, either. Issuing solo material through his own PLZ Make It Ruins label since 2014, he came to the public’s attention through his production work on Frank Ocean‘s 2016 albums Blond and Endless. Vegyn’s proper debut album, Only Diamonds Cut Diamonds, appeared in 2019.

Thornalley began making music in 2013, while studying at the London College of Communication. A frequent attendee of U.K. bass club Plastic People, he passed a USB drive full of his productions to James Blake, who ended up playing some of them on BBC Radio 1. Thornalley launched PLZ Make It Ruins with his mini-album All Bad Things Have Ended – Your Lunch Included in early 2014. He founded a London-based club night called GÆZ and frequented another one called Tropical Waste, sharing the decks with artists like Airhead, M.E.S.H., and EndgamE. Vegyn’s 12″ EP Janhui was released in 2015, and he produced several tracks on Frank Ocean‘s Blond and Endless albums in 2016, after meeting the R&B star at Plastic People. He released the single Phone Phoneys in 2017 and contributed to Travis Scott‘s Astroworld (2018). In 2019, Vegyn released Text While Driving If You Want to Meet God!, a nearly 90-minute mixtape of brief loops and sketches. This preceded his official full-length debut, Only Diamonds Cut Diamonds, which featured guest MCs JPEGMAFIA, Retro X, and Jeshi. 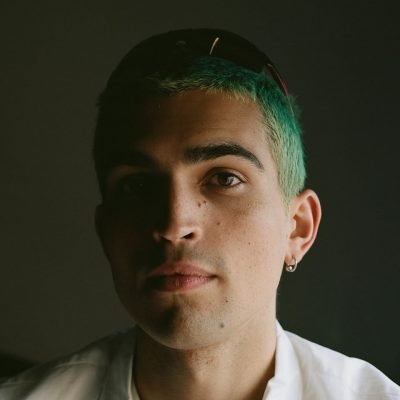