Their live shows incorporate electronic soundscapes, siren-esque vocals and hallucinogenic video projections. Their inventive song structures and void-like visuals are influenced by underground cult cinema, pop culture and the absurd, with sounds ranging from the likes of Ryuichi Sakamoto, Arca to The Cocteau Twins and Kate Bush.

Waterbaby self-released their debut album ‘Pink Noise’ in 2016. They have recently released their latest single ‘I don’t want to sing I don’t want to look’ on Slow Dance Records, which Dazed Magazine described as a ‘cocktail of kosmische synths, owing as much to contemporary avant-garde music like Oneohtrix Point Never as Harmonia or Enya.’ 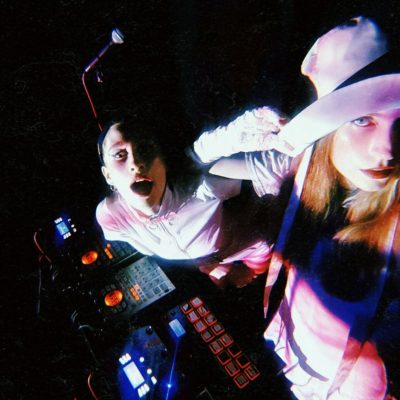