Since coming together on the show October 2020 the band have kept their new found fans entertained with some fantastic and creative posts on Instagram, showcasing their incredible talent and humour.

Spring 2021 will see the band collaborating with writers and producers from across the globe to create songs they feel represent what they want to say to the world! The band have already worked with Jade (Little Mix), Rymez (Stefflondon, D block Europe, S1mba), Wonda (Cadet, Wretch32, Konan), Litening, Fourthirteen, Westy and more.

Following their success on Little Mix The Search, YChange have teamed up with Sky News journalist and domestic abuse survivor Charlotte Bateman for a brand new campaign called Mark My Words. The campaign, which launches on 1st Oct, will be a survivor led, news platform where victims of sexual assault and domestic violence can publish their experiences with police. It comes as conviction rates plummet to a record low this year.

Alongside the website, YChange have released a charity single called “I’ll Be There” which draws on topical themes such as violence against women and Black Lives Matter. The profits will be donated to charity One Voice Against Abuse. 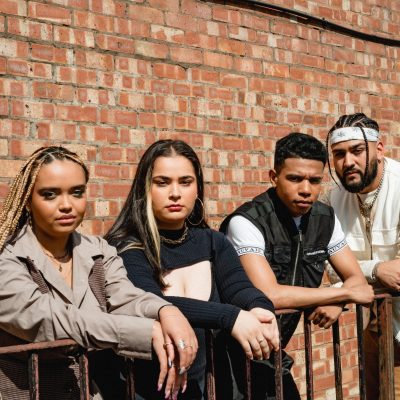