Ever since Young M.A set the streets on fire with her introductory blazer ‘OOOUUU,’ the Brooklyn-bred rapper-slash-entrepreneur has checked items off a bucket list that most dream about. However, with the sunshine comes the rain, and M.A is geared to tell all on her long-awaited debut album Herstory In The Making.

Raised in Bed-Stuy—within walking distance of Jay-Z and the late Notorious B.I.G.’s stomping grounds—M.A learned a lot in her formative years. The streets called her early, though losing her brother to gun violence forced M.A into a hard pivot that would change her life forever. After checking the temperature for her music through a handful of rough loosie cuts, she finally dropped off “OOOUUU” in 2016 and it wasn’t long before she became a household name—landing coverage everywhere from Vogue to New York Times, as well as global ad campaigns with Google Pixel 2 and Beats By Dre.

“A lot of new experiences have happened for me,” the young artist admits. “I came from the streets and building my own fan base. I was always just trying to…break through.” And then it happened. “It was a sigh of relief,” she says. “This was everything we’ve been fighting for.” 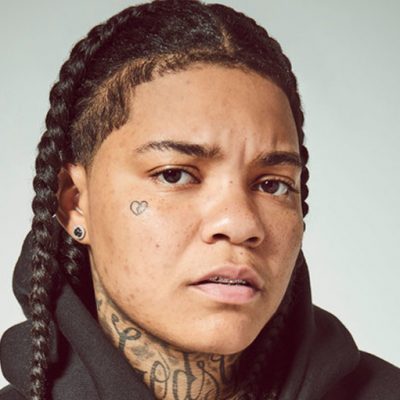